If you have not been hiding under a rock, you may have heard that a very important law is coming into force that will affect British people living in France and indeed those who just have property here. What is not clear to everybody is exactly what this means to them and how it all works.

Article 22 of ‘Brussels IV’ states that “a person may choose as the law to govern his succession, as a whole, the law of the state whose nationality he possesses at the time of making the choice or at the time of death.”

What does this mean for you?

As a tax resident of France, you can make a French will with the same provisions as a UK will, requesting that UK law be applied to your estate. This would have the effect of UK inheritance law applying and thus avoiding forced French succession rules. This should also work for those with second homes in France.

What it does not affect, and this is very important to understand, is inheritance tax. The new law merely overrides forced succession, allowing you to leave your estate to whoever you wish. It offers no control over the amount of tax payable and to whom, which remains firmly under French jurisdiction.

My reply to this would be yes maybe and eventually, maybe because the law was drafted in a bit of a hurry (set a long deadline and deal with the complications at the last minute) and because there are going to be many cross border issues that are currently unseen. For example, if an estate is contested and the estate in question belongs to a French resident, it would be dealt with by a French court, but this is complicated if the estate is being dealt with under English law. Of course, these and many other similar issues will be ironed out … eventually!

Does this mean that it’s useless?

No, not at all, this new law is great news, but it really is most useful for those with a particular set of circumstances. Those who have children from former marriages, for example, will benefit greatly from this legal change. Prior to this change, getting around succession law had no simple single solution for those in these circumstances, but may have required a strategy of several solutions, none of which were perfect. This new EU law certainly makes life easier.

Should everyone be using this new law?

No, we don’t think so. This is because, as already highlighted, we are very likely to see some complicated unforeseen problems, which is not easily avoidable with new international laws.
When it comes to financial planning, or indeed planning of any sort, it is best to deal with certainty as far as possible.

As an example, for those couples who want to leave everything to each other, who do not have children from former marriages, we would often suggest a change of marriage regime, correctly written under community.

This option will come at a price (generally around €600 to €1,000), but we can be absolutely sure that it will work (if written correctly), since it will be written under French law (integrated into the French civil code) and very importantly, this has been a solution that has been working well for many years, so it is well tested, whilst being backed up by significant jurisprudence and legal case history.

A change of marriage regime, however, carries a great deal of risk for those with children from former marriages, so the new EU law is likely to be the more attractive option.

The issue is that people are different and have varying objectives, so a couple who do not wish to leave everything to each other, for example, there will be other solutions that are neither this new EU law or a marriage regime change, so it is absolutely imperative to get good advice before acting.

Originally written by Robert Kent for the British Association of the VAR and reproduced here with their kind permission. 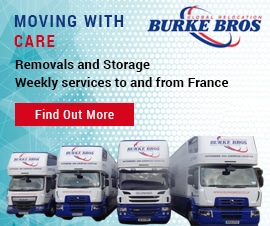